Nowadays you could kit out your entire house with smart devices – but that bill would stack up pretty quickly. It might be easier and cheaper to just retrofit the “dumb” appliances you already have with remote capabilities. Fingerbot is designed to do just that, and as the name suggests, it’s essentially a remote-controlled finger that can press buttons and flip switches on demand.

Developed by Adaprox, the Fingerbot is a small box with a pointy bit that extends or retracts on demand. The idea is pretty simple: you stick Fingerbot next to a light switch, or a button on a device, then you can tell it to poke that button or flip the switch remotely, through the Adaprox app on iOS and Android. And with that simple function, it can bring basic smart home capabilities to pretty much anything that can be pressed, pulled or flipped.

Through the app, users can directly activate Fingerbot by pressing a button or telling Siri to do it, which could be handy if you can’t be bothered getting off the couch to turn off the light. Or it can be set to activate at a certain time, so that your coffee machine turns on just before you get up.

Out-of-the-box, Fingerbot connects via Bluetooth, so has a range of about 50 m (164 ft). If you want to extend that, the Adaprox Bridge connects it to the internet, bringing a bunch of extra functionality. That lets you control your Fingerbot (and by proxy, your smartened-up devices) from anywhere, so you can, for example, switch on the heater or air-con before you get home.

The Bridge also extends voice control to Google Assistant and Alexa, and lets users hook Fingerbot into the Google Home network and IFTTT. With the latter, more serious tinkerers can begin to set up more elaborate smart home systems, letting you, for example, program Fingerbot to switch on the heater whenever the temperature (as read by another app or sensor) drops to a certain point.

Fingerbot also comes with a swappable arm, for activating different objects. Along with the basic one, there’s an arm with a rounded, softer end for poking touch screens, a suction cup that can push and pull switches, and arms with rings that sit over the top of lever-shaped toggles.

The company says that the little robot uses very little power itself, and has a battery that lasts up to six months between charges. 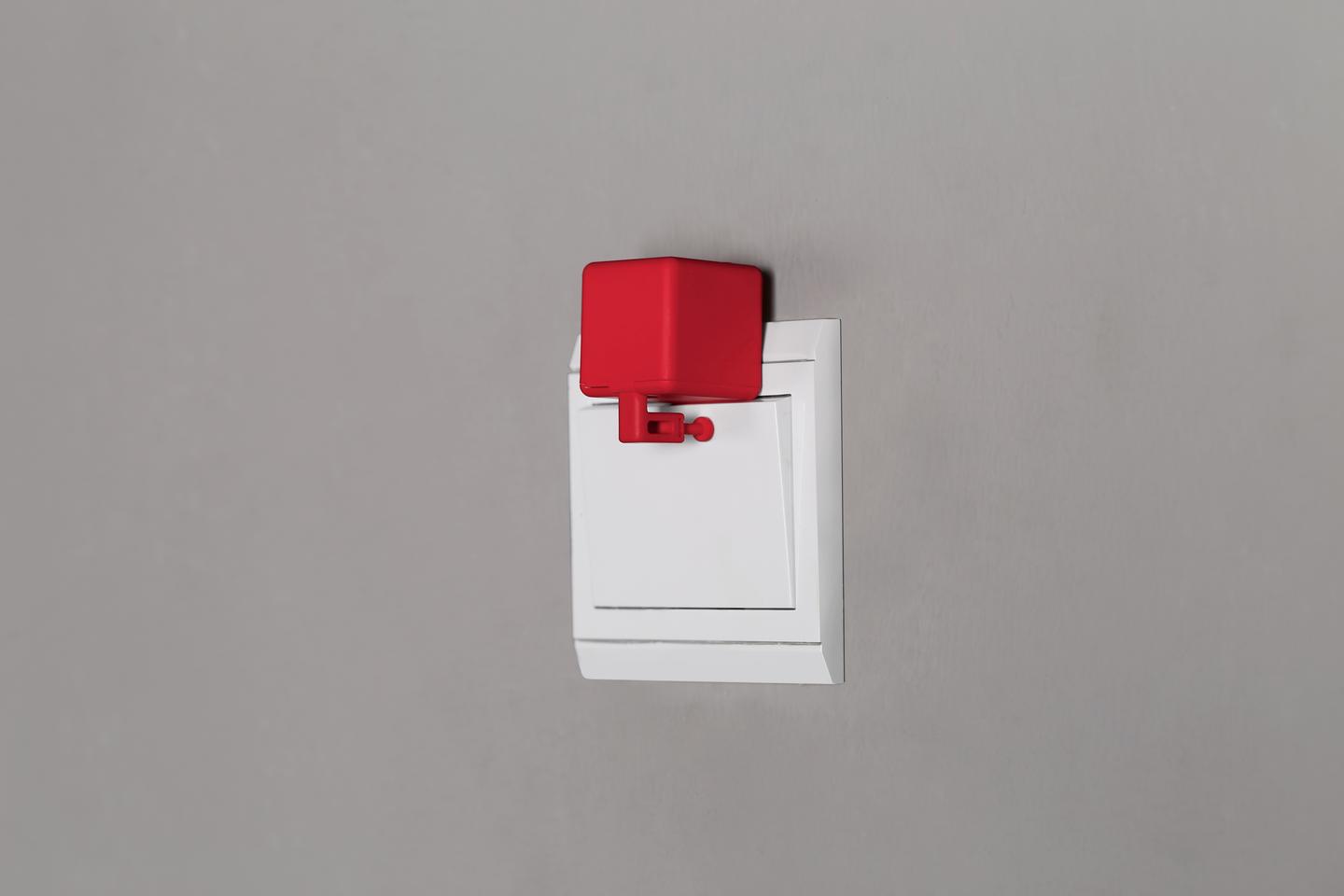 Fingerbot sounds like a good idea in theory, but we have to wonder how practical it would actually be. Does the little box get in the way when you’re trying to use the switch or appliance manually? How well can that suction cup toggle a light switch against the grain? And how much functionality can you really get out of remotely pushing one button at a time? It looks like it’s mostly an on/off function – you’ll have to set up the right settings yourself beforehand.

That said, Fingerbot still looks like it could come in handy in some specific scenarios, and its price helps – grabbing a fleet of Fingerbots is far cheaper than buying every new smart device your home can handle.

Adaprox is currently funding Fingerbot through Kickstarter, where it’s already almost tripled its US$20,000 goal with 25 days remaining on the campaign. Pledges start at $29 for the bot, plus $10 for the extra Arm Tools Kit and $40 for the Adaprox Bridge, which can control several Fingerbots at once. If all goes to plan, Fingerbot should be shipping by May 2020.